THE DANGERS OF PLASTIC POLLUTION TO MARINE LIFE

Recently New Jersey Friends of Clearwater received an earnest letter from a kindred spirit from Oregon who told of how the NJFC website helped his daughter Addison research her school project. I'll let his words convey the importance of organizations like Clearwater in educating our children.

Hello,
My name is John. My 9 year old daughter has recently become really passionate about our family reducing its carbon footprint and marine life conservation so she's doing her final school project on plastic pollution. We came across your page http://www.mcclearwater.org/links.php during our research and it's been so helpful! It really helped us out on her project and we'll definitely be saving it for future projects.
My daughter wanted me to send you this article https://www.bottlestore.com/the-dangers-of-plastic-pollution-to-marine-life about plastic pollution in our oceans. She really wants people to be aware of how their single use plastic is changing our oceans and she thought it was interesting so maybe you would too. It would definitely make her day if you added it to your website. Let me know if you do so I can show her!
Hope you have a great Memorial Day Weekend,
-John

Please click the link below to see what John's daughter wanted us all to read, and if you want to do further research on this topic with the links listed within that article:

Clearwater has done much in our 44 years of existence to fight this problem with other like minded organizations. Our members include a climatologist whose work at the University of  Hawaii helped to identify and quantify the massive plastic morass to his north. We must all work together to fight this insanity. This topic will be this year's Clearwater Festival theme . 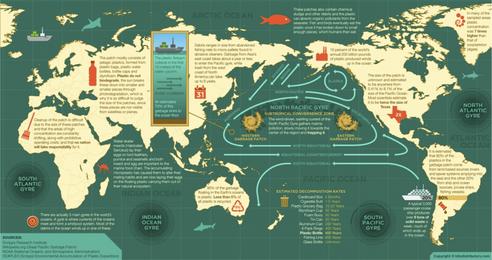 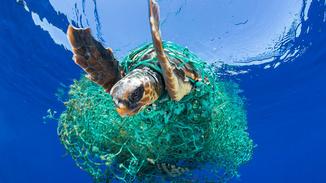 STOP PLASTIC POLLUTION, NOW!
Just take a look around your house, your office, the stores and offices you visit, cars, and everywhere to see how plastic has replaced natural or even metallic products. When a plastic reaches its useful life, especially the disposable objects, if it’s not recycled it can become a problem on land & in waterways and oceans.  Plastic pollution everywhere endangers land, sky, and sea creatures that can consume or get entangled in it.

New Jersey Friends of Clearwater fights against all contamination: Land, Air, & Sea. When we discuss water pollution, one aspect is the whole plastic pollution spectrum, especially the dangers of plastics in our waterways and oceans, the questions most people ask are:
1. Where Does Plastic Debris Originate?

Plastic debris can enter the ocean in a variety of way: From land, trash may be carried to the ocean in rivers or storm and sewage drains, swept from the beach by waves and surf, or blown offshore by winds, especially during heavy storms. Trash may also come from ships or offshore platforms.

The most recognizable fragments are from plastic six pack holders, bottles, fishing lines and nets and industrial resin pellets, the “raw material” of consumer plastic products. Most samples collected are small fragments less than 1 cm in size.  The most disturbing and visible examples of this problem are called a Plastic Vortex or Gyre—sometimes incorrectly called Garbage Patch--which exist in all the oceans.

3. What Kind Of Plastic Is It?
Plastics that float:

Common household items such as milk jugs, plastic bags, and drinking straws are made of high density (HDPE) or low density (LDPE) polyethylene, and polypropylene (PP) which are lighter than the water they displace and so they float.

Other commonly used plastic types such as polyethylene terephthalate (PET), polyvinyl chloride (PVC), and polystyrene (PS) are denser than seawater, they likely sink before reaching the open ocean. The properties of plastics appear to change over time at sea, possibly due to sun/sea exposure, & biological growth.

NJ Friends of  Clearwater networks with many organizations and colleagues on this issue. One, the NOAA Marine Debris Program has supported more than 140 projects across the U.S., while many other organizations are working to raise awareness, clean up marine debris on beaches and in the ocean, and reduce the input of debris into the oceans through “Reduce, Reuse, and Recycle” campaigns

WHAT CAN YOU DO TO PREVENT PLASTIC DEBRIS IN THE OCEAN?  The 3 Rs
REDUCE the amount of trash you produce especially plastic products like cups, straws, containers
Choose items you can REUSE over disposable products
RECYCLE items, instead of disposing of them, to create new products

Public education and action is the best way to prevent debris from entering the ocean now and in the future. See the full story in the following Stop Plastic Pollution, Now! slide show below: